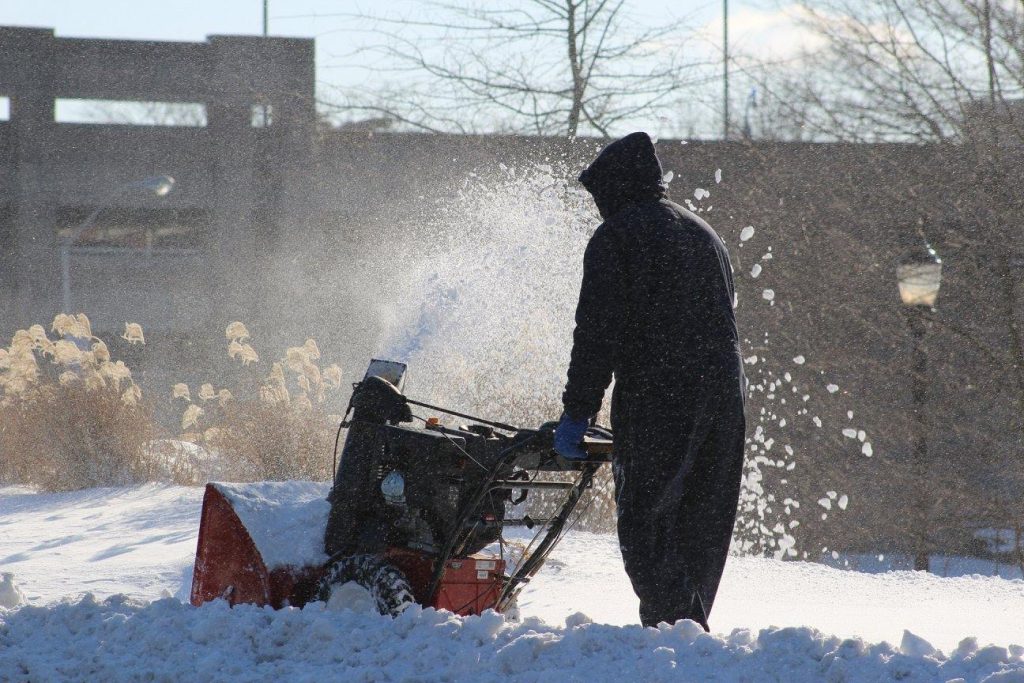 Got snow? We bet you do. If your back has been aching after a long winter of shoveling or blowing snow, maybe you’re doing it wrong. Here’s some advice from Consumer Reports home expert Eric Hado that’ll make clearing snow a little easier and get you through the rest of the winter injury-free.

If you have a snow blower, Hado says speed matters. Why? Go too slow and you won’t get much distance with your arc of blowing snow. Speed up and the snow could spill out the side of your machine. Experiment until you find the optimal speed.

Your clearing techniques should vary based on how your property is laid out. In general, you don’t want to throw snow on top of pavement you’ve already cleared. The snow that’s thrown from your blower will pack down and stick to the pavement and become harder to remove.

The best method for driveways that have clearance on both sides is to start in the middle and throw the snow toward one edge of the driveway. Make a U-turn then come back down the other side. Keep alternating. This way you won’t have to adjust the chute as often and any snow that falls short will be cleared on subsequent passes. Ideally, you won’t need a second pass.

If your house abuts the driveway, start on the side closest to the house. That way you won’t be throwing snow onto pavement you’ve already cleared.

Snow blower safety. Finger injuries, including amputations, accounted for about half of the more than 3,300 estimated emergency-room visits related to snow blowers in 2012. Back and shoulder strain were also common. Our experts say to take frequent breaks to avoid overexertion and never clean the auger with your hands. 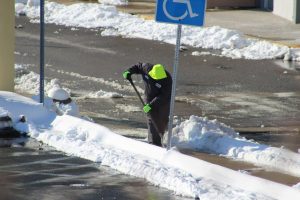 With shoveling, you’ve got two choices. Shovel after every few inches of snow that falls or wait until the storm ends and remove the snow in layers. Remove only as much snow as you’re comfortable lifting.

Hado recommends clearing your driveway in two stages. First push the snow to the edges with a pusher shovel, such as #8 in the graphic below. Then use a garden variety shovel with sides, like #2, to shovel what’s left out of the way. Your best bet may be a versatile shovel configured for throwing, lifting, and pushing, like #1. If you have uneven pavement, an all-plastic shovel without a steel edge is less likely to catch.

Shoveling safety. An average of 11,500 snow shoveling-related injuries were treated in the ER each year from 1990 to 2006, according to the Center for Injury Research and Policy of the Research Institute at Nationwide Children’s Hospital. One in three of those injured suffered lower back problems followed by injuries to the arms, hands, and head. Slips and falls accounted for one in five mishaps and 15 percent of the injuries were caused by being struck by a snow shovel.

The right tools for the job
No matter what snow removal method you use, try to avoid driving or walking on the snow before you get started. Packed snow is harder to clear. And if the snow is sticking to the shovel or the snow blower’s shoot, spray either with silicone or, in a pinch, a cooking spray. To find the best tools for the job, check our appraisal of snow shovels as well as the results of our snow blower tests. And to make sure your cleared surfaces stay that way, see which ice melts work best and are safest for your pets and your property.