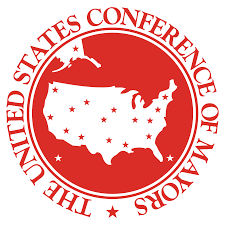 WASHINGTON, Sept. 27, 2021 /PRNewswire/ — Today, the U.S. Conference of Mayors, in partnership with Target, announced the 2021 recipients of Police Reform and Racial Justice Grants: Dallas, TX; Albuquerque, NM; and Salisbury, MD. American mayors have been at the forefront of efforts to increase racial justice, and each of these cities will be awarded a grant to support police reform policies and initiatives that have been implemented in their communities.

At the 2021 USCM Winter Meeting in January, Laysha Ward, Executive Vice President & Chief External Engagement Officer for Target, announced the creation of a two-year, $700,000 Police Reform and Racial Justice Grant Program. This national partnership aims to identify, support and promote police policies and practices in cities shown to be most effective in advancing the goal of justice for all residents. Winners of these grants – one each for a large, mid-size, and small city ­– are being recognized for their innovative approaches to tackling these critical issues.

“As one of the nation’s largest retailers and employers, Target has an unwavering commitment to create spaces where our team members, guests and communities feel safe,” said Laysha Ward, EVP and Chief External Engagement Officer, Target. “It will take the collective efforts of individuals, private businesses, community partners and public agencies to dismantle systemic racism, which is why we’re proud to support the Police Reform and Racial Justice Grant Program and the innovative solutions that will result in more equitable policing in communities across the country.”

“We are grateful to have a partner in Target that recognizes and supports cities that are putting in the work to achieve greater racial justice and strengthen the trust between law enforcement and the communities that they serve,” said Tom Cochran, CEO and Executive Director of the US Conference of Mayors. “The Police Reform and Racial Justice Grant will help mayors and cities to continue these targeted, dynamic efforts to strengthen public safety and racial justice.”

“Dallas is a national leader in taking comprehensive, innovative, and proactive approaches to public safety,” said Dallas Mayor Eric Johnson. “While we are committed to law enforcement, we are also implementing and expanding new programs that address social, environmental, and behavioral issues in our communities. RIGHT Care is one such program, and it has helped us to dramatically improve outcomes for people experiencing mental health crises. We are honored to be recognized for our work, and with this grant, we can continue our efforts to build safer, stronger, kinder, and more just communities.”

“In Albuquerque, we listened to the conversations happening in our city and the calls for a new way of doing things. The Albuquerque Community Safety Department is the nation’s first cabinet-level 9-1-1 department providing public safety through a public health approach. It’s about sending the right response at the right time; meeting community needs with social workers and other trained professionals who can offer services; and allowing police officers to focus on violent crime. It takes courage to break the mold, and we’re grateful to have received this award today to help us pursue lasting, systemic change in our city,” said Albuquerque Mayor Tim Keller.

“Salisbury has been at the forefront of ensuring our residents are safe and our police officers are responsive to concerns while protecting the most vulnerable in our community,” said Salisbury Mayor Jake Day. “This monumental charge is more than any small city could shoulder on its own and that is why I am ecstatic that the U.S. Conference of Mayors and Target have selected the Salisbury for this important award, enabling a new effort to provide first response mental health services alongside our police officers. We are proud to be in this very small fraternity of cities that are innovating and leading the way and we are grateful to the Conference and Target for putting their faith in the City of Salisbury and our Police Department.”

Summary descriptions of the winning programs, along with the balance of the 36 programs submitted by cities in the grant competition, have been posted on the Conference of Mayors website under the Center for Compassionate and Equitable Cities. The goal is to share with all mayors information on the approaches to police reform being taken or planned by their colleagues throughout the U.S.

Learn more about the partnership between Target and USCM, and the Police Reform and Racial Justice Grant program in the announcement here.

About the United States Conference of Mayors — The U.S. Conference of Mayors is the official nonpartisan organization of cities with populations of 30,000 or more. There are more than 1,400 such cities in the country today, and each city is represented in the Conference by its chief elected official, the mayor. Like us on Facebook or follow us on Twitter.