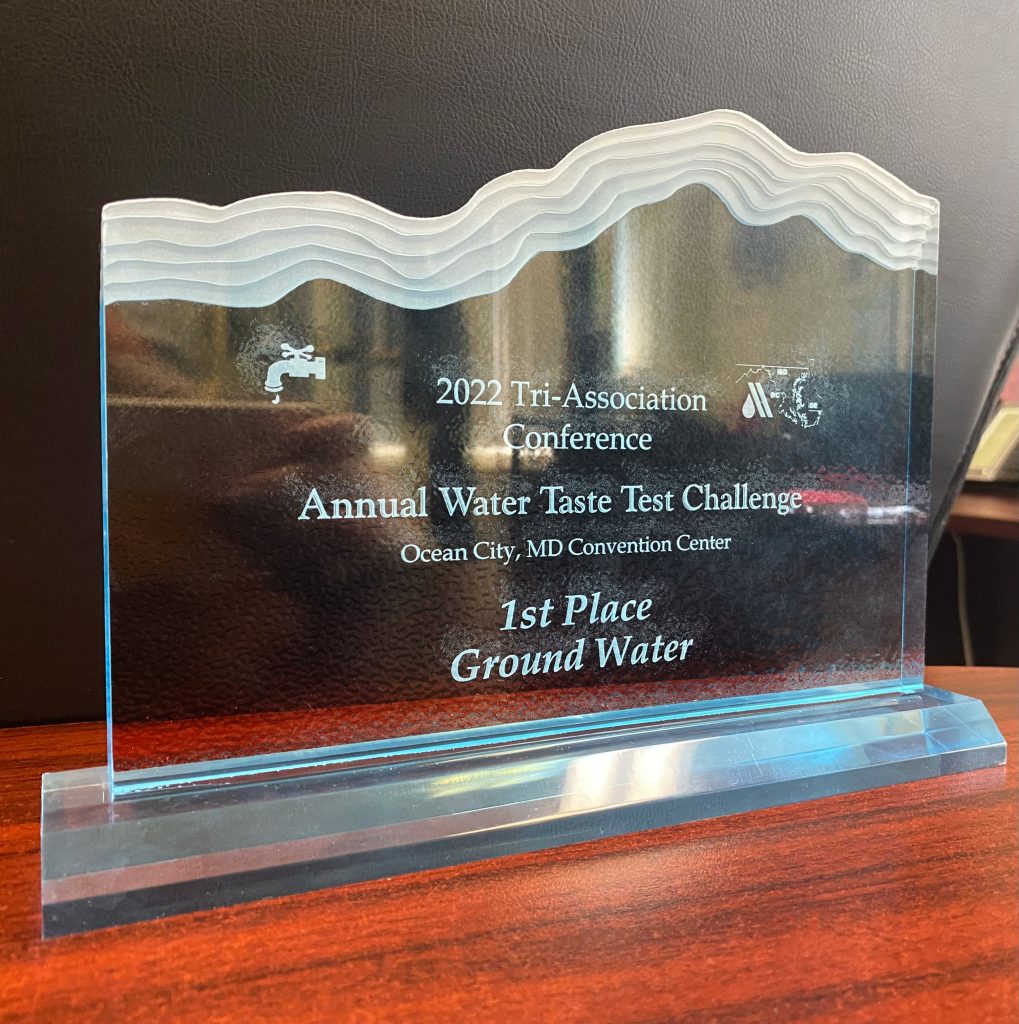 Voting took place at the Tri Con Conference in Ocean City, MD from August 30 – September 2, where the City of Salisbury’s Water Works Department crew attended and participated in the Water Taste Test Challenge and Top Ops Competition. “Our water plant team takes immense pride in the excellent tasting water that is produced from our plant,” said Director of Water Works Cori Cameron. “We are grateful to have our water recognized by an organization like the AWWA, and are eager to advance to the national competition next year.”

Each participant in the competition brings a gallon of water, which is then tasted by all other participants in a blind tasting. Each sample is then scored on a scale of one to ten, and a winner is crowned. Entries are graded on taste, appearance, and odor.

“Not only is this a win for the hardworking folks in our Water Works Department, but it’s a win for our City and our residents,” said Mayor Jake Day. “Having been the recipients of this award two times in the past is proof that our City is committed to bringing our citizens water that is not only great, but the best.” 2022 marks the third time Salisbury’s water has been recognized as the Best in Maryland, having previously taken the trophy in both 2017 and 2019.