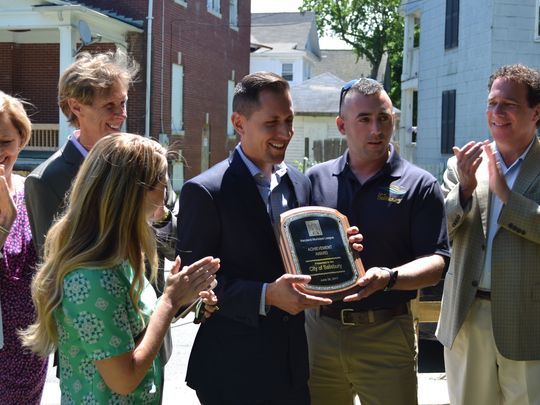 The City of Salisbury Youth Development Advisory Committee (YDAC) was presented the Achievement Award from the Maryland Municipal League during the league’s summer conference in Ocean City this July. The award was presented efforts to create community centers for kids in two city neighborhoods.

Two neighborhoods were selected by the committee: Smith-North Camden and Church Street, both of which have large juvenile populations.

“It’s an honor for me to accept this award on behalf of the YDAC, but it is this team of dedicated volunteers who truly earned it,” said  Mayor Jake Day. “They’re creating a nurturing, success-driven community within our city, and I’m glad to be a part of it.”