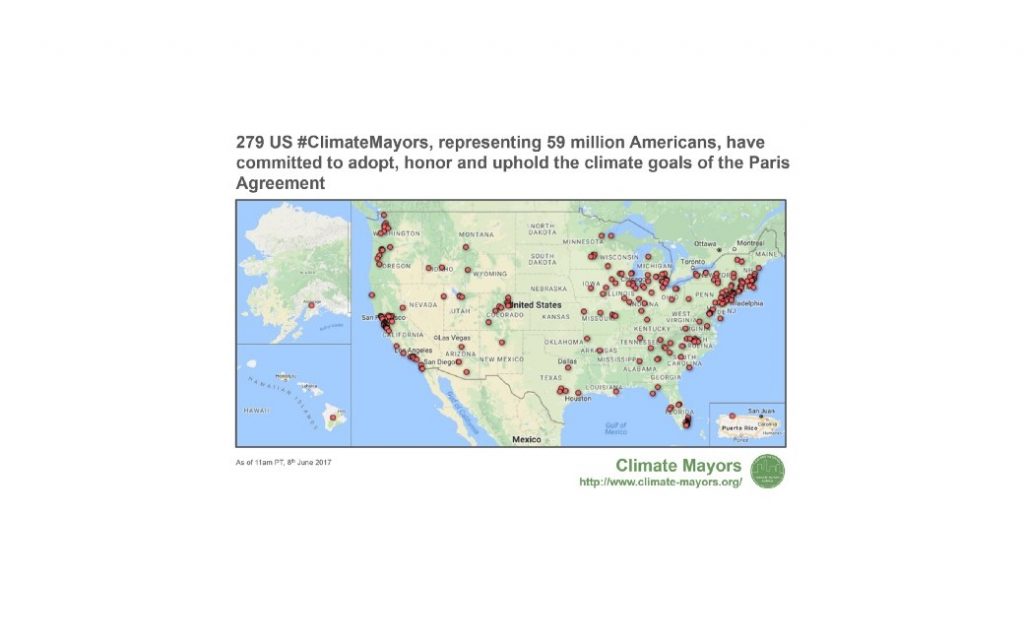 Salisbury – Mayor Jacob R. Day is proud to stand with nearly 300 mayors from across the nation in support of the Paris Agreement. With certifications as a Sustainable Maryland city, a Sustainable Growth community, and a Maryland Energy Smart community, Salisbury is dedicated to the protection and preservation of our environment and natural resources, and Mayor Day’s commitment to achieving the goals of the Paris Agreement acts as a formal reaffirmation of this dedication.

According to the United Nations Framework Convention on Climate Change, “the Paris Agreement’s central aim is to strengthen the global response to the threat of climate change.”  The Agreement sets out to do this by calling on governments to strive to limit the inevitable increase of global temperature to 1.5 degrees Celsius during this century.

“Many experts view climate change as one of the most prevalent threats that we face as a global society, and any progress in protecting our planet, whether large or small, is both welcomed and encouraged by our City government,” said City Administrator Julia Glanz. “By committing to this call, we’re voicing our concern about the threat of carbon emissions and pledging to actively track and embolden City sustainability efforts.  We’re offering our formal support of policies that aim to protect the environment at all levels of government.”

In light of President Trump’s recent withdrawal from the Paris agreement, the City of Salisbury is joining municipalities around the nation in offering its respectful opposition of his decision.  This withdrawal is expected to overhaul both vehicle fuel efficiency standards and U.S. climate policies. Budget cuts to the Chesapeake Bay program, the Environmental Protection Agency and other federal programs are also anticipated.

“The people of Salisbury have experienced firsthand flooding and decades long degradation of the health of the Chesapeake Bay. We have a responsibility to make every decision we can to reverse these effects,” said Mayor Day.  “The influence of local government spans farther than many give it credit for.  As a City, we are proud to encourage our citizens to take advantage of our local recycling, e-cycling, and trash disposal services.  We’re installing bike lanes and investing in the health of our river.  The City’s Sustainability Advisory Committee—our Green Team—is consistently working on new sustainability initiatives, and they’re currently working in coordination with the Salisbury Zoo to become a Bee City USA.  Salisbury is leading the charge for environmental protection in advocating by example, and we’re honored to be a part of this undertaking.”