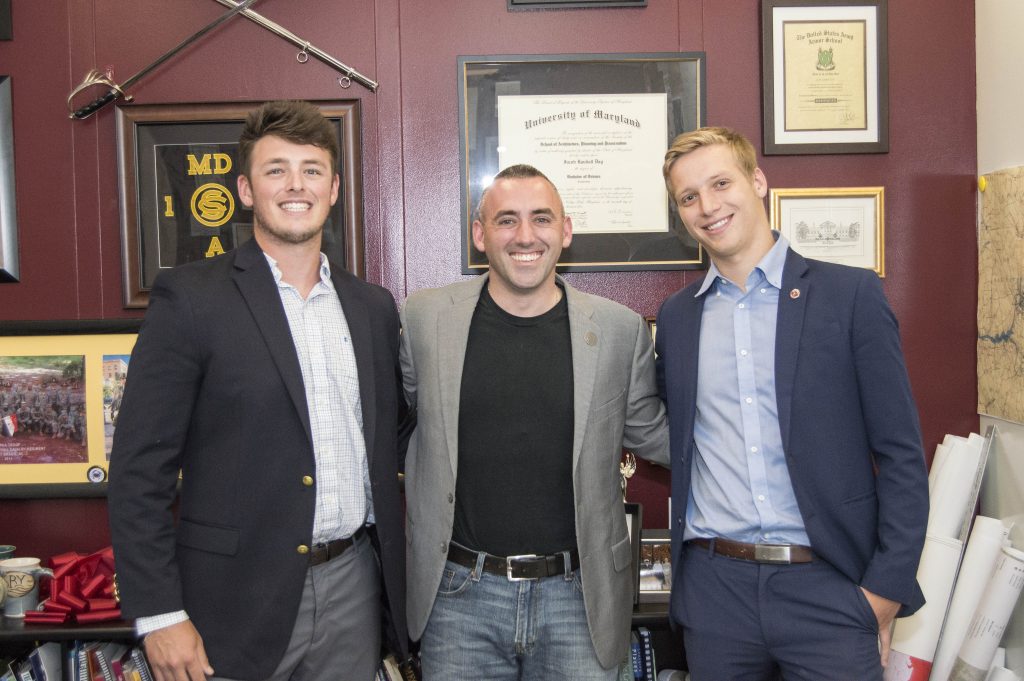 The Mayor’s prize recognizes unique and innovative start-ups which would benefit from headquartering their operations in Salisbury.  In order to qualify, a business proposal must include plans to maintain headquarters within City limits for at least 2 years after receipt of the award.  Morris and Wierzbowski’s single-barrel microbrewery will take advantage of unused space at the Eastern Shore Beer and Wine Supply on Northwood Drive.  It is a partnership which will allow the duo to start small, but aim high.

“For an upstart, there is tremendous benefit to partnering with an existing, successful business,” said the Mayor.  “It can be difficult for young entrepreneurs to make those connections in the community, but in this case, Eastern Shore Beer and Wine provided Garrett and Shawn with more than just the raw materials they needed to brew their first batch.  Pete and Donna Fisher saw the passion these two young men bring to their craft, and happily provided them with insight, and even space to brew their beer.  That’s the kind of business community we have here in Salisbury.”

Wierzbowski noted the duo’s excitement at accepting the award, stating, “It’s such an honor to win, and we’re grateful for the assistance getting our business off the ground.  We always say, ‘broke or not, everyone deserves a good beer,’ so our mission is to bring memorable craft beer at a great price to glasses in Salisbury.”

As Mayor’s Award recipients, Broke Boys Brewing Co. will receive a one-time, forgivable loan of $2,000 to assist in covering their startup costs.  They will be offered physical working space, and in-kind consulting opportunities with Salisbury’s Business Development Specialist, the City Attorney, and the Mayor.

In addition to the monetary and in-kind prizes associated with the Mayor’s Award, Morris and Wierzbowski have also received the Barrett Business Systems Award (worth $1,000 cash and $4,000 in services), and the Director’s Award for Cross Campus Collaboration (worth $1,000 cash).

“The enthusiasm with which Garrett and Shawn discuss their business is absolutely infectious,” added Mayor Day.  “I am excited to see them grow their business right here in Salisbury, and I know their company will make a fine addition to Maryland’s already great craft brew scene.”